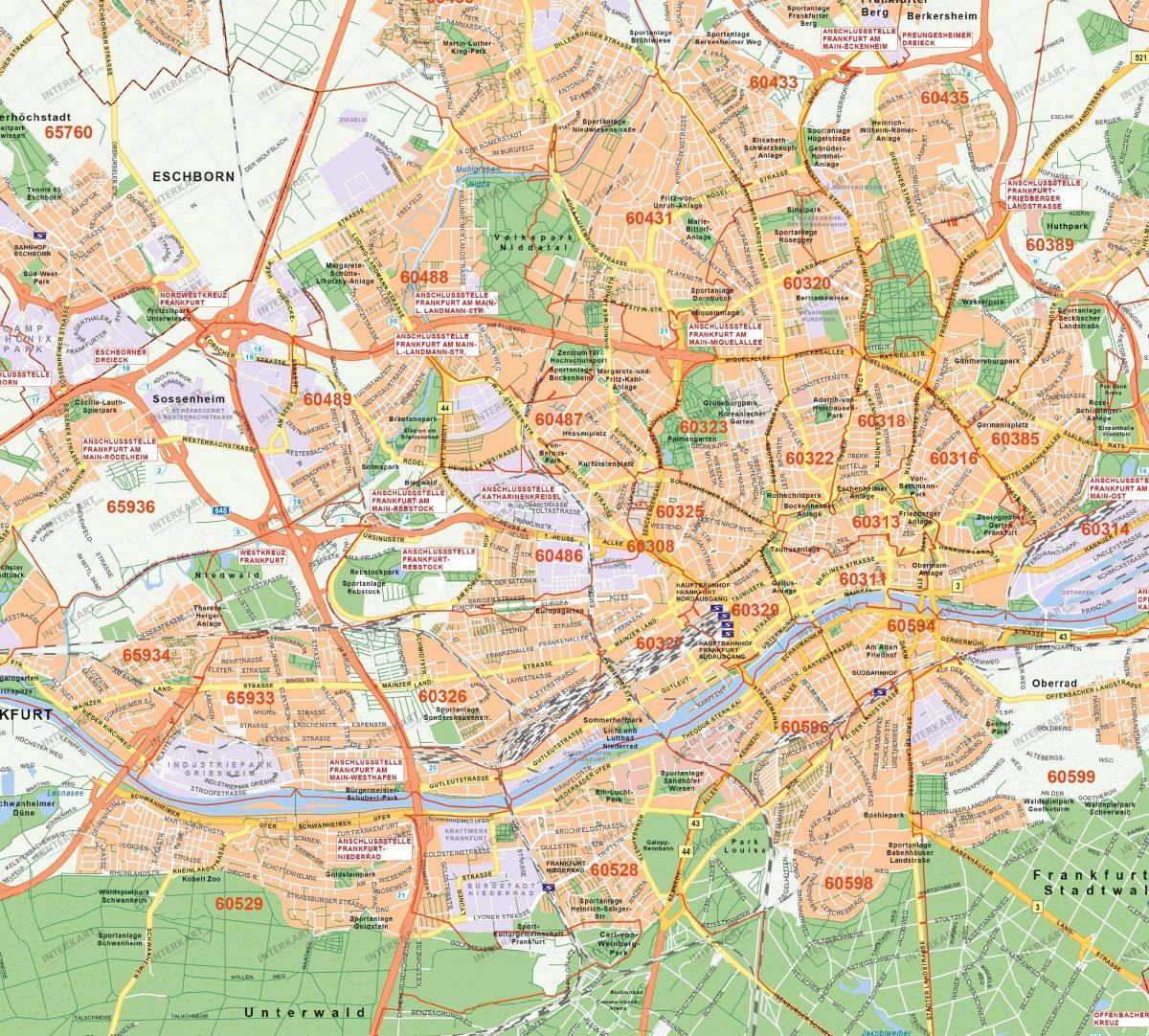 Frankfurt am Main has 37 postcodes / zip codes (see the map). The first digit of the CAP defines the German zone and the second number represents the region. These two numbers are also mentioned as a postal region. Frankfurt first postcode digit number begin with 6 as you can see in Frankfurt postcodes map.